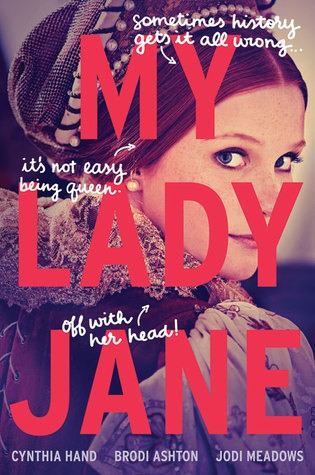 Edward (long live the king) is the King of England. He’s also dying, which is inconvenient, as he’s only sixteen and he’d much rather be planning for his first kiss than considering who will inherit his crown…Jane (reads too many books) is Edward’s cousin, and far more interested in books than romance. Unfortunately for Jane, Edward has arranged to marry her off to secure the line of succession. And there’s something a little odd about her intended…Gifford (call him G) is a horse. That is, he’s an Eðian (eth-y-un, for the uninitiated). Every day at dawn he becomes a noble chestnut steed—but then he wakes at dusk with a mouthful of hay. It’s all very undignified.The plot thickens as Edward, Jane, and G are drawn into a dangerous conspiracy. With the fate of the kingdom at stake, our heroes will have to engage in some conspiring of their own. But can they pull off their plan before it’s off with their heads?

This is silly but it’s… So. Much. Fun! I love this book simply because I couldn’t find a fault in it. It’s magnificently, wonderfully, astoundingly, perfect!

I haven’t read any alternate history book before, but after reading this I was so wowed, and I just knew this isn’t going to be the last time I’m picking up something from this genre. It turns out that the idea of “revising a bit of history” and later “throwing history out the window” worked for me just fine because sadly, history does need a little help in the “happily ever after” department.

At first I was a little skeptical, what with this book being put together by three different authors, probably with different writing styles. To my astonishment, the authors did a fantastic job in this one. The sprinkle of fiction over true events, the sarcastic commentaries, the hilarious banters, the comicality, all so flawlessly delivered. This left me grinning (all the time while reading),and laughing out loud, once, in public (despite my best efforts not to).

The setting takes us to Tudor England in 1553. There is war between Verities and Edians (humans who can shift into animal forms). The young King Edward VI is dying and named his bookish cousin Lady Jane Grey as successor to the throne after marrying her to Lord Gifford (call him G!). That’s when Jane’s life started turning from piles of books to discovery of betrayals, schemes, Edians, deaths, and true love.

Character building is fantastic in this jewel of a book. I actually felt something towards everybody, from the main characters down to the not so popular kennel master! Oh dear, I care about their ridiculous lives! I have deep love for Edward and Gracie. I can’t get enough of Gifford’s and Jane’s insanely entertaining banters. I felt grateful for Peter Bannister, and even Billingsley.

This is such a delightful read with a feel good ending. And it’s wrapped up pretty nicely. No threads left hanging, and everyone got what they deserved. I would recommend this to those who love reading light historical fiction with a little fantasy to it. 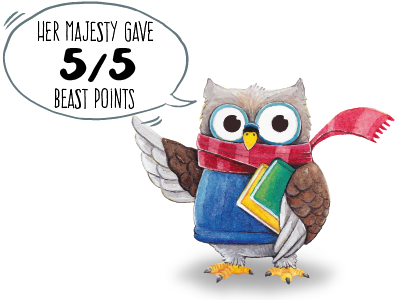