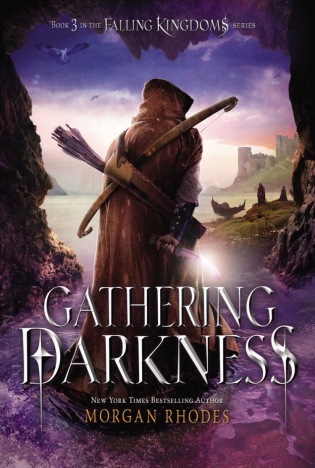 Love, vengeance, and greed spark a deadly quest for magic in the third book of the Falling Kingdoms series.

Prince Magnus has just witnessed torture, death, and miracles during the bloody confrontation that decimated the rebel forces. Now he must choose between family and justice as his father, the cruel King Gaius, sets out to conquer all of Mytica. All Gaius needs now are the Kindred—the four elemental crystals that give godlike powers to their owner. But the King of Blood is not the only one hunting for this ancient, storied magic. . . .

THE KRAESHIANS join the hunt. Ashur and Amara, the royal siblings from the wealthy kingdom across the Silver Sea, charm and manipulate their way to the Kindred, proving to be more ruthless than perhaps even the King of Blood himself.

THE REBELS forge ahead. Princess Cleo and vengeful Jonas lead them, slaying with sweetness, skill, and a secret that can control Lucia’s overpowering magic—all so they can use the Kindred to win back their fallen kingdoms.

THE WATCHERS follow Melenia out of the Sanctuary. They ally in the flesh with King Gaius, who vows to use Lucia’s powers to unveil the Kindred.

The only certainty in these dark times is that whoever finds the magic first will control the fate of Mytica. . . . but the four element gods of the Kindred have other plans.

What. Just. Happened? I decided to continue with this series but with lowered expectations because of my many issues with the first two books. I certainly wasn’t expecting shocking reveals, intense action, and so many lies peeled off to uncover the truth beneath. This book will reconstruct everything you thought you knew from the previous books—from the myth, to the characters’ motives, down to the characters’ feelings. And it was all so unexpected. I was totally blindsided.

Gathering Darkness started slow. Really slow, I thought it was going to end up with just a two-star rating from me. But the last 30% of the book was a total chaos—shifting alliances, lots of deaths and this time from bigger role players, loyalties changing, and magic finally showing in full force. The characters were as flat as they were in Falling Kingdoms in the slow part of this book. But their growth was suddenly visible towards the end. Even Cleo, whom I find a bit useless, has started to show her cunning side.

“You don’t cry when someone pushes you down. You get up. You get up and you fight back. And pretty soon nobody’s going to shove you anymore because they’ll see it’s not worth it.”

Some of the characters who showed so much potential in the previous book—Lysandra, Ashur—had disappointingly gone flat in this one. But Morgan Rhodes makes up for it with her promising new additions. Felix is my favorite rookie player in this series and I’m very eager to see him come back in the next book. Jonas though, is another story. For me, he has the weakest point of view in this book. The book hasn’t even gone far but already, Jonas is screwing things for himself and his friends. It’s like he had done a lot, risked a lot, had bleed and almost died more than once in the entire three installments. And yet, he had accomplished nothing. Let’s hope that changes in the next releases because his stunts are getting boring. And Lucia, she did grow as well, and I’m honestly curious about what’s going to happen to her now that she has finally come to know what she’s truly capable of. And her tendency to step into the dark side makes her even more intriguing.

True friends were rare. And those with dark pasts didn’t always yearn for dark futures.

Still, the biggest growth here belongs to Magnus. He is bolder in this book, and his ability to make hard, life-changing decisions even under pressure is really impressive. Although we saw him conflicted in the last books—torn between being an obedient son to please his father and being himself—Magnus has clearly decided what he wants to be in this book. And he has firmly set himself into a path that is very much different from his father’s.

“Hatred is like fire. It burns the one who harnesses it. It’s also extremely hard to see more helpful truths through its flames.”

I never like any of the romance in this series. After three installments, that particular department continues to disappoint me. Everyone falls in love in a snap! It’s ridiculous. For the most part, it feels like it’s there just for the sake of having a romance. But I admit, Magnus and Cleo’s complicated relationship is starting to grow on me. Even though it is obvious that they would end up together somewhere in this long series, it’s quite entertaining watching them develop feelings for each other but neither can afford to give in to it—despite being married—because of all the hate and distrust between them. I would love to see some tension building between these two in the next releases.

Four stars is a generous rating, considering how bored I was in 70% of this book. But I really enjoyed that bloody and cruel ending. It wasn’t that epic. But it was full of surprises and betrayals. Some people marked as villains in the the previous book turned out to be one of the good guys. Some innocent and loving characters are now leaning towards the path of villainy. This installment is teeming with twists as well as truth, grief, death, and so much heartbreak. Rhodes also got intense with the action towards the end. And I can only wish that the rest of the series would be as gripping as that.

Overall, I enjoyed this book better than the first two. Although it does require some patience because it really takes long before it gets to the fun part. It almost feel like, the ending is a prize for sticking up with the book until the end. It has all kinds of clichéd yet badass types of characters—from witches, goddesses, shape-shifters, assassins, vengeful rebels, and murdering kings (the only thing it is lacking are pirates, but I digress…). So if you’re into a fantasy book filled with these kind of characters, and if cheesy insta-love doesn’t bother you so much, this could be a good read. 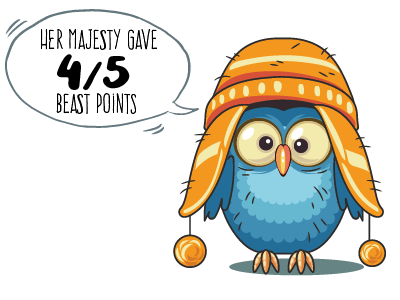