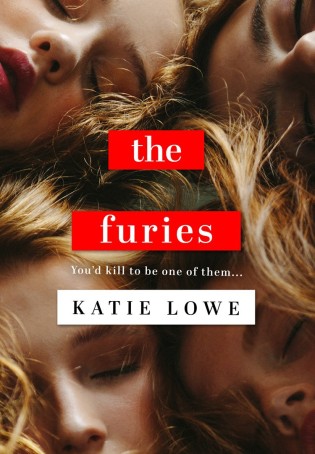 In 1998, a sixteen-year-old girl is found dead on school property, dressed in white and posed on a swing, with no known cause of death. The novel opens with this image, as related to us by the narrator, Violet, looking back on the night it happened from the present day, before returning to relate the series of events leading up to the girl’s murder.

After an accident involving her Dad and sister, Violet joins Elm Hollow Academy, a private girls school in a quiet coastal town, which has an unpleasant history as the site of famous 17th century witch trials. Violet quickly finds herself invited to become the fourth member of an advanced study group, alongside Robin, Grace, and Alex – led by their charismatic art teacher, Annabel.

While Annabel claims her classes aren’t related to ancient rites and rituals – warning the girls off the topic, describing it as little more than mythology – the girls start to believe that magic is real, and that they can harness it. But when the body of a former member of the society – Robin’s best friend, with whom Violet shares an uncanny resemblance – is found dead on campus nine months after she disappeared, Violet begins to wonder whether she can trust her friends, teachers, or even herself.

I thoroughly love the cover of this book. It’s content—not so much. The Furies promises some things like witchcraft, ancient rituals, a mysterious murder case, and four rebelling teenagers who believes they have the power to take violent revenge against the men who have wronged them. Unfortunately, this book struggled to hit those marks and ultimately failed to fulfill its promises.

The biggest thing that had me frowning at this book is the characters. Not one of them is likable, offering nothing but toxic and unhealthy friendship. I certainly wouldn’t kill a thing to be one of them. There were four girls in the pack as the blurb promised, but the story only focused on Violet and Robin. The other two—Alex and Grace—were so irrelevant. It’s as if they’re just mere accessories to the story with lesser to no importance.

The main character, Violet, is a very unlikable character and a poor narrator too—her voice is often outshined by Robin’s stronger and darker personality. Violet sees herself as an outcast and she really wanted to belong, which made her susceptible to manipulation. Seeing her being manipulated by one of her new friends didn’t incite any concern or worries from me though. If anything, I’m just annoyed that she’s not doing anything to fight her friends’ influence on her despite knowing how wrong it was. Maybe I’m just a little too well-behaved to connect with Violet. I couldn’t get myself to care an inch about her.

“Sometimes it’s better to have no friends than bad ones.”

The mystery in this story lies in the murders. But the solution to those cases in the end were pretty much underwhelming. There’s noticeably no proper police investigation for each gruesome murder that happened. Emily Frost’s case was conveniently hushed. The story ended with it not being thoroughly unfolded. And somehow same goes to couple more other cases.

To my dismay, there were things that were left unclear. For one, what’s Annabel’s role in everything that the girls did? How deep was her involvement? That is if she’s involved in the first place. What were Emily Frost and the Dean really talking about? There were also tiny mysteries that suddenly pops—like, who came and attempted to set the clock tower on fire? Annoyingly, this puzzle was abandoned rather quickly and without any answer.

What’s really unsettling about this book is the fact that there wasn’t even a moment where Violet and girls felt remorse about some pretty awful things they did. There weren’t any consequences for their actions and bad decisions. And their reason for taking revenge sometimes lacked weight and solid reason. Sometimes it just felt like they’re doing it out of impulse.

“Most of the time, a woman is full of fear, too weak to defend herself or to bear the sight of steel—but if she happens to be wronged in love, hers is the blood-thirstiest heart of all.”

While I do think this book will appeal to many readers, it just didn’t go the way I expected it would. I was hoping for a darker story, with more focus on the witchcraft, and some amazing murder mystery. This one didn’t quite get there, at least for me. The Furies felt more like YA teenage drama with forced attempts of being a mystery novel. 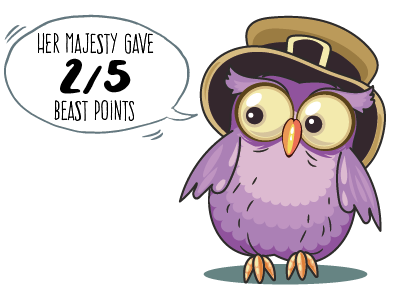 2 thoughts on “Review | The Furies”